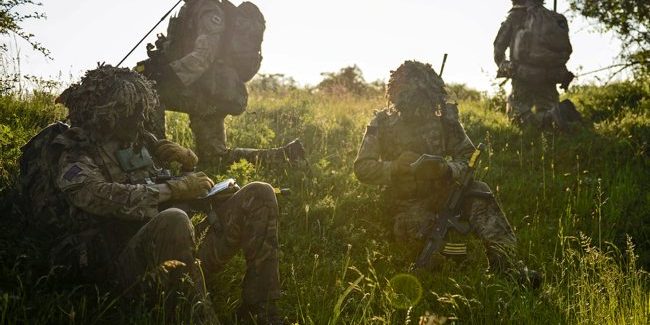 Leaving the Military and becoming a civilian is a hard process for most former soldiers. Why not read our list of military slang so you can help ease the process by learning some military slang?

-‘Beasted’ – The excessive use of drill/marching at speed or physical training for an extended period of time, designed to wear down an individual.

-‘Pull up a sandbag’ – An army term to tell a story

-‘Ally’ – This means cool, either used to describe someone or how their equipment looks

-‘Crow’ – refers to a new recruit or inexperienced soldier or Combat Recruit of War. Given to new recruits in regiments

‘Rupert’ – A derogatory comment for a junior army officer

-‘Buckshee’ – Meaning if you have a spare item

-‘EndEx’ – meaning the end of the exercise or drill, a military personals favourite word to hear

-‘Threaders’ – tired, fed up or irritated

-‘Civvy Street’ – is used to refer to civilian life in general

-‘Walt or Walter Mitty’ – a negative term for someone who makes up stories about their time in service, or a civilian pretending to have been a member of the Armed Forces

-‘Badmin’ – Used to describe a person with poor organisation or administration skills.