The Cowley family’s trip to Eastbourne 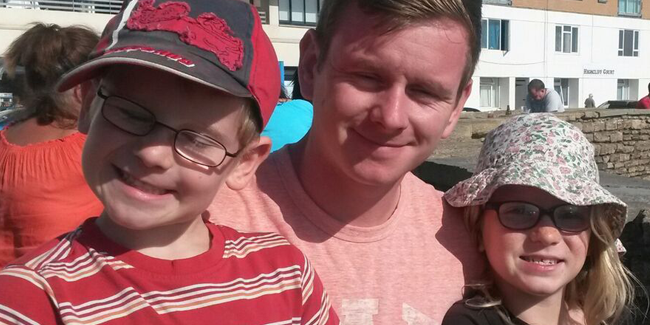 Our holiday by Amelia-may Cowley aged 9 and a half.

We went on holiday to Eastbourne. It was a long journey there but when we got there, I could see the sea for the first time in ages!! The house was really nice and I liked all the plants. It was my job to water them. After we unpacked our stuff we went down to the beach (the lady showed us a secret way) and I found some stones. We found a play park right next to our house too. Then we went back home and had our first go at Uno Dad won!

The next day, Sunday, we got up and headed to the beach for nearly all the day. I swam in the sea for the first time. I also went rock pooling but didn’t find much. Then we went on the little train on the sea front it was called the dotto train. We got an ice cream, I think best ice cream I’ve had on holiday and Mummy got a pot of prawns. We walked back along the sea front we saw a band playing in a bandstand, I liked the music. We went home had tea and played Uno again….. Dad won again!!

Monday we woke up, had coco pops and went to a place called Treasure Island. I didn’t like it that much but my little brother loved it! After that we had a really nice lunch in a restaurant on the beach I had BBQ pizza. We went back to the beach for a few hours and Mummy, Ethan and I swam in the sea but Daddy didn’t. He said it was too cold! We went to the park near our cottage then after we went home and played Ludo and Uno….this time Ethan won!

Tuesday was a whole beach day I went rock pooling and made a friend called Izzy. I found three big crabs, one baby crab and shrimp and sucker fish. We swam in the sea again and Dad did this time too. It took him ages to get in. Later in the evening we went fishing with Dad but we didn’t catch anything just a lot of seaweed. Before bed we played UNO Ethan won again! After having dinner we went to the pub for our pudding and hot chocolate fudge cake in the garden.

Wednesday we went to Beachy Head. It is a big cliff, the biggest chalk cliff in Europe. We had fish and chips in the afternoon and went to the park near us and had ice cream. We also went to the beach and did some fishing. Afterwards we played Uno and Mummy won.

On Thursday we to Brighton pier and I won a lot of toys! In the afternoon we had tea at a pub on the beach and I found some shells. We drove back to the house and we went to sit on the beach till it got dark. We went back and played Uno and this time I won and Daddy!

By Friday morning it was time to go home. I watered the plants for the last time but we got to go the beach until really late. I spent hours rock pooling and had a final swim and an ice cream. On the way home we had McDonald’s for tea and fell asleep in the car.

It was a fantastic holiday!! Thank you!!

My holiday by Ethan Cowley aged 8 and a little bit.

I liked going on the beach and seeing if Dad caught any fish and I liked having the ice cream and going on the Brighton pier. I loved playing Uno! Helen Gardens, the park near the house, was very good. Treasure Island was the best thing there. We were all having a great time together and the best thing about it was we were all together and had family time and Dad wasn’t working at the Army.

Well, the children have said it all really. Many thanks to the owners of Cliffe Corner, the lovely apartment we stayed in whilst on holiday in beautiful, sunny Eastbourne. We wouldn’t have been able to go on holiday this year otherwise. We cannot thank you enough for giving us that very rare commodity, time!