The Lower Mill Estate in the Cotswolds 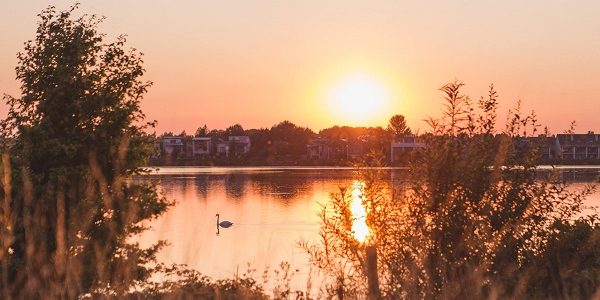 The Lower Mill Habitat Escapes in the Cotswolds accommodated one deserving military family for a week, in which they could relax and unwind in a picturesque and lush countryside setting.

The family thoroughly enjoyed their time at the Habitat Escapes in the Cotswolds. They were able to bike, canoe, swim and walk in the natural surroundings that the holiday place offers.

One of the youngest was able to improve her swimming significantly as the estate offered a heated eco-pool, in which she could practice and advance her skills.

Cycling in the natural surroundings – one of Britain’s most attractive and diverse areas which featured a plethora of wildlife was another unforgettable memory for the family. One family member commented that: “One of the most appealing aspects of the break was the abundance of wildlife”.

The estate offered numerous canoeing routes around the lakes including those to Treasure Island and the Trail of Species. However, the main attraction was the chance to spot the colony of beavers who were reintroduced in Britain after an absence of hundreds of years.

The family were able to create memories that they will treasure and the kindness of staff and all of the activities helped them to “reconnect and rebuild relationships”.

The family thanked Habitat Escapes for their generosity which made this all possible.