The Trebble family’s trip to Tenerife 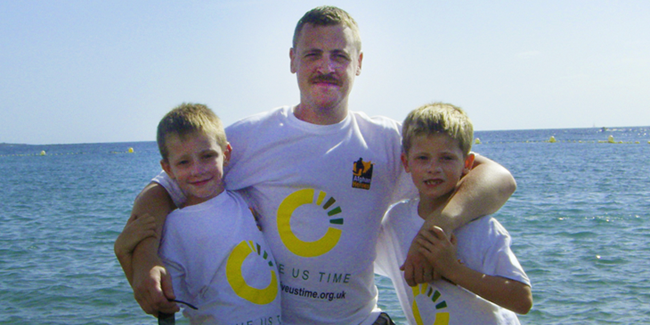 The weather was awful at 1:30am on the way but nothing would have stopped me from getting to the airport!! The children were bouncing around the car with excitement as they had never been an airplane before. We picked up my husband from “The Retreat” in Somerset and were kindly given a lift to Bristol Airport. My husband was more excited than the children and insisted we got there as early as possible! We checked in our bags and made our way to the boarding lounge and waited to be called to our boarding gate. The children nearly exploded watching the planes taking off and landing from the window.

At last it was our turn to board and the children led the way, listening to every instruction from the man on the loud speaker, ensuring we were the first in the queue. We boarded the plane and waited for take-off. The children had already read the safety manual and decided what they were ordering from the menu before all the other passengers had even taken their seats. The captain began his speech on flight times, the temperature in Tenerife and at how many feet we would be. I could see the delight on the children’s faces as the anticipation of take-off came closer. The seat belt lights went on and the cabin crew began their safety demonstration. And then we were off!!! The children sat with their faces glued to the window as they watched the world get smaller and smaller as we rose higher and higher.

To an adult the flight is a necessary but essential part of the laborious traveling process but to my children, I think they would have been happy to have just experienced the flight!! We arrive in Tenerife and as we step of the plane, the first thing that hits you is the humid air and the unfamiliar smell of the country. The children can barely contain themselves and are jumping around like lunatics. A taxi is waiting for us and zoomed us off to our resort. Upon arrival we are taken to our apartment and wow, what an apartment. We had our own private patio with sun loungers and an table, a kitchenette, 2 bedrooms, two bathrooms, air conditioning, the list goes on. We had had a long journey and were all very tired so went straight to the nearest restaurant and stuffed our faces!! We decided to get an early night so we could be fresh for the next day.

We woke around 8:30am (a lay in at our house) to the children running around already in their swimming shorts. We decided to go and find the local supermarket and get our supplies. The shop was a 2 minute walk from our apartment and we found it with ease. The children had their pocket money ready and ran around the shop picking the most random things they could find, giant pens, lilos, flip flops!!

We decided to take it easy by the pool and explore our resort. We found the kids club and sorted out the entertainment schedule with the children booking us in to everything. Every day at the pool an entertainer arranged water aerobics, pool football, kids volley ball and quizzes. I volunteered myself for the football thinking other girlies might join in but no I got my butt whooped by a load of over competitive men!!!

We ordered our cocktails and sat back watching the children play the games and make new friends. We had our evening meal in the resort which was wonderful and waited for the entertainment to begin. The snake show started and the children sat wide eyed in amazement of the huge cobra the lady had around her neck. They got to hold them and have pictures taken. They absolutely loved it. Exhausted we took them off to bed to prepare for another exciting day.

We had found out the resort had a free bus that would take us in to the local town of Los Cristianos or Playa De Las Americas so we hopped on and went to explore the town. We stopped at a local café for lunch and all the staff there are so helpful, they really can’t do enough for you which is so nice and it’s great to feel pampered!! What seemed like a small town was actually quite a big place, each street seemed to open into another and whichever direction you went you were always near the beach which sprawled along the town’s edge. We stopped for an ice cream and sat at the water’s edge with our feet dangling in living the dream!!

After some shopping, swimming and lots of ice creams we waited for our bus back. After a quick shower we were ready to go again and the children dragged us down to the entertainment full of wonderment of what they might see tonight. The parrot show began and at first we thought we were going to have pictures and get to hold them but then the trainer began telling them to ride bikes, roller skates, they did sums and one of them even fixed a toy car!! The children were so swept away by them it was wonderful to see.

Today we decided to go to the beach in Los Cristianos. We walked there as it was not far from our apartment and this gave us a chance to have a look around the shops and buy those all-important souvenirs! I bought a Cactus, a tea towel and an ashtray as you do!! The children brought postcards and giant lollypops which they said were for their friends. Of course they never made it home!!

We found our spot on the beach and began the sand castle mission. First things first, we buried the kids!! Then we lay in the sun until it was so hot we had to go for a dip in the sea. The sea was warmer than our pool at the resort and it had a barrier so the kids couldn’t go out too far and there were life guards dotted around. My daughter and I had a rubber ring race which I lost so I had to buy her an ice cream.

We went back to our apartment to get ready for our evening meal and watch the entertainment. We ordered 2 pizzas which were like 2 bin lids and sat down to watch the Michael Jackson tribute. He was amazing he did all the moves and sang all the best songs, the children were so impressed by him as were we.

Today we decided to have a chilled out day by the pool. We stayed in our apartment till lunch time watching the aftermath of the storm in the UK feeling quite pleased that we were sat in Tenerife with the average temperature being 28 degrees!! We wondered down to the pool to meet the children who had been making pumpkins in the kids club and ordered cocktails which were brought over to us with umbrellas in them of course!!

The children played and tried to push dad in the pool every time he dared to move and I burnt my thighs in true Brit style with a lily white hand print on the top!! We decide to have an early night as we had all had a little too much sun today.

Today my daughter and husband wanted to go back in the town so my sons and I decided to stay at the pool as we had signed up for the water volley ball game. The boys had made some friends and played all day in the water and I lounged by the pool feeling the like the queen! When my husband and daughter came back they had brought lots of little trinkets and were both looking a little red!!

We had brought tickets to the Halloween pool side barbecue for this evening and were really excited for it. We dressed up in our finest and got ready to stuff our faces. Almost everyone in the resort was there and we made some new friends who were at our table. The food was amazing, and there was sangria on the tables. We did get a little tipsy and I couldn’t resist the temptation to push my husband in the pool! There was Chinese acrobats there and a film quiz for the adults which of course was designed to make us grownups look like fools, the kids new all the answers!!

Our last day and we have decided to stay by the pool and relax before we go back home. This is what the kids loved the most I think as they had made friends and thought the pool entertainer was hilarious! We joined in with the games and played in the pool. This evening we had a meal in the resort again as the food was so nice we didn’t feel the need to go anywhere else. An early night as we had to be up early and get to the airport on time.

We were up early and I ran around making sure we had everything. I’m sure we left with more than we came with!! Very sad to be leaving but if we could all live like this forever, what would be a holiday?

The main aim of this holiday was to relax and enjoy some time without the pressures of life at home and that’s exactly what we got. We cannot thank you enough for the amazing gift you gave us and it was not just the holiday, you gave us time to enjoy each other again and we are forever in your debt.

“Couldn’t have asked for a better holiday”
September 2, 2021