Give Us Time supporter, Chris Grech, has been shortlisted for the International Award at the 2018 Soldiering On Awards! 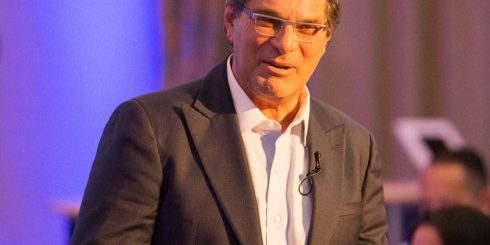 Give Us Time is thrilled that one of its long-time supporters, Chris Grech, has been shortlisted for the International Award, at the Soldiering On Awards, which will be decided in April this Year.

Chris, a Maltese National, has been supporting Give Us Time since 2014, donating accommodation at the Balkan Jewel Resort in Bulgaria to British Service families in need of respite and recuperation.

When Chris Grech heard about the charity Give Us Time, formed to meet the needs of Service families, he offered to run a pilot group holiday: a week at the Balkan Jewel Resort in March 2015.

This is now the fourth year Give Us Time is able to offer its beneficiaries this amazing opportunity, thanks to Chris’ generosity and commitment to our charitable cause.  Over the years, Chris and the Balkan Jewel have accommodated over 200 beneficiaries from Give Us Time, with another group benefitting from this chance this year.

These breaks give the families an opportunity to relax and recuperate in a beautiful, supportive and relaxed environment, and restore the relationships that have been strained as a result of service life: an opportunity they would not otherwise have had. Each year, the families take also part in sporting activities such as skiing, a trip to Sofia and are treated to a cultural evening by their host, Chris.  T

he organisation of this annual respite break is a highly complex, time-consuming task, requiring great sensitivity, tact and meticulous attention to detail from both Chris and his staff.  Furthermore, he has engineered preferential rates for all equipment hire, trips to local attractions and personally ensured that medical issues are covered swiftly and appropriately: he has not spared himself. The overall result has been achieved because of the trust and high regard in which Chris is held, combined with his infectious enthusiasm.

His commitment to the Armed Forces is extraordinary and a leading example in the hospitality industry which can do so much to support Service families.

“I have no doubt the ‘Give Us Time’ charity will continue to grow exponentially”, said Chris, “once more socially minded entrepreneurs are made aware of the charity’s contribution to the families of the Armed Forces”.

We are delighted that the Soldiering On Awards have given Give Us Time the opportunity to draw attention to Chris’ outstanding acts of personal sacrifice and comradeship demonstrated internationally, and to his exceptional support to the British Armed Forces Community.  We hope that his example will inspire others to assist our cause.